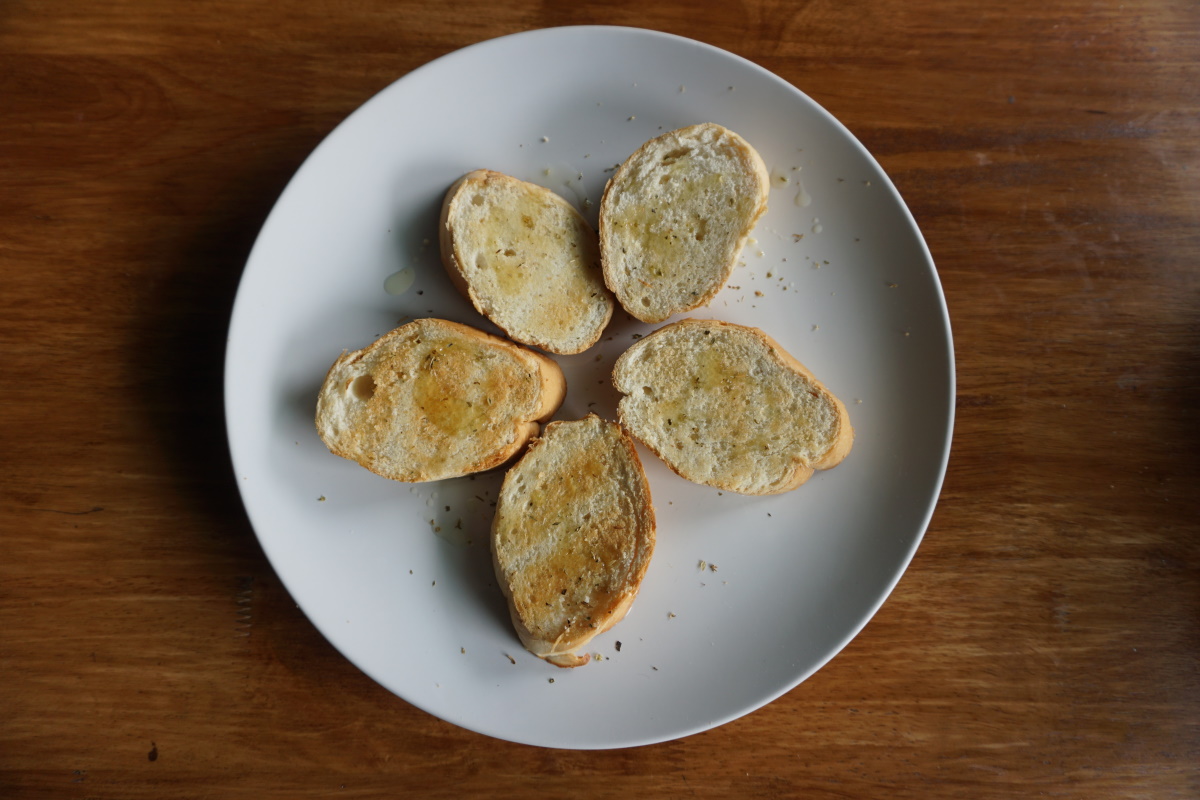 Most dogs would eat almost everything that’s being put in front of them and that’s no different when it comes to human food. Nevertheless, that doesn’t mean that you should just feed your dog any kind of food since some types of human food could do serious damage to your dog’s health. However, it’s not always easy to know what foods you can and can’t give to your beloved, four-legged friend. For example, what about garlic bread? Can dogs eat garlic bread? Or better yet, should you feed this to your dog? Keep reading to find out!

Table of Contents: hide
1) Can You Give Garlic Bread To Your Dog?
2) Disadvantages Of Feeding Your Dog Garlic Bread
2.1) Too Many Carbs And Other Unhealthy Ingredients In Bread
2.2) The Garlic Could Be Toxic
2.3) The Excess Calories
2.4) It Can Be Upsetting To Your Dog’s Stomach

Can You Give Garlic Bread To Your Dog?

Well, the answer to this question definitely is a rather nuanced one. While nothing extremely bad will probably happen if you were to feed garlic bread to your dog, this still doesn’t mean that it’s recommended. It’s quite the contrary, actually.

More concretely, garlic bread is anything but healthy and thus, it’s not something that you should regularly give to your dog. This statement can be supported by a number of reasons so it’s remarkably beneficial to dive deeper into those exact reasons! 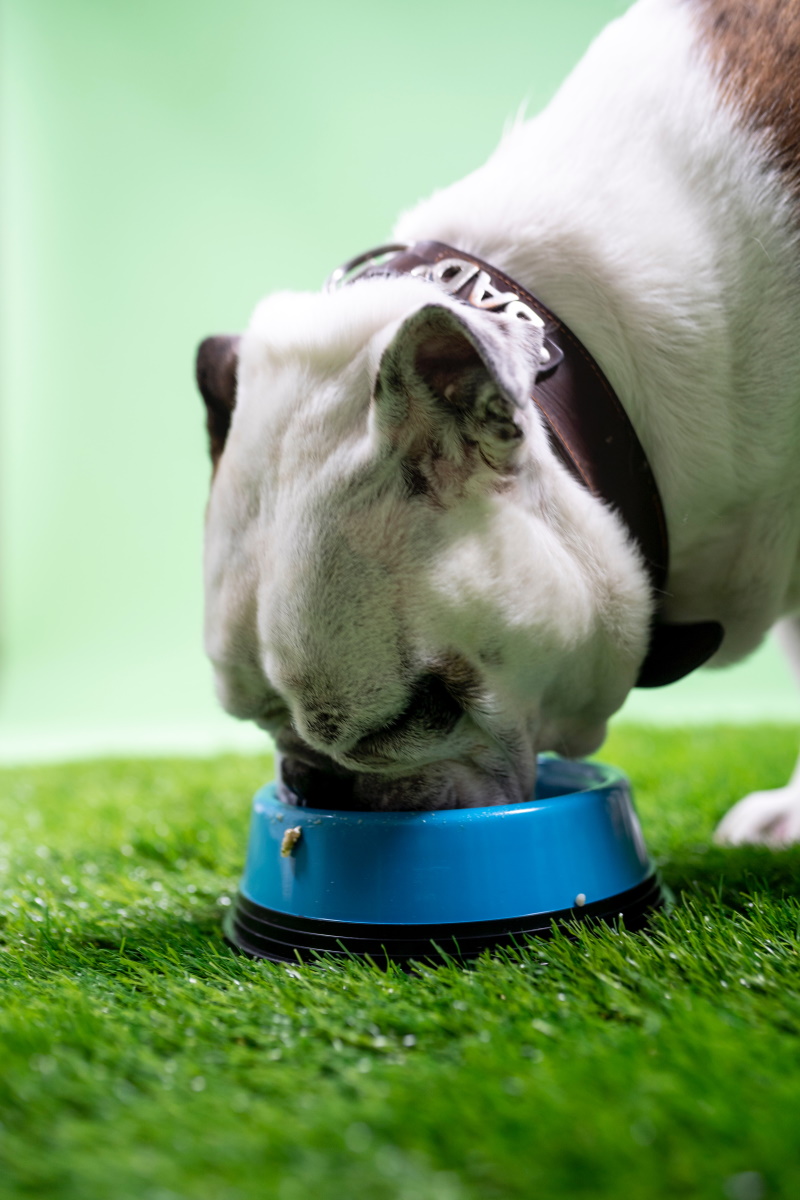 Too Many Carbs And Other Unhealthy Ingredients In Bread

First and foremost, as the name suggests, garlic bread consists almost entirely out of bread. Additionally, it’s no secret that bread contains a lot of carbs and that’s precisely where the problem with garlic bread lies. That is to say, dogs aren’t naturally designed to eat a lot of bread. In comparison to us humans, dogs are specifically meant to eat a lot of meats and this also is reflected in a dog’s anatomy. Particularly, dogs have a bigger stomach and a shorter intestinal system to accommodate their need for meats rather than vegetable products.

Through evolution, it’s now the case that dogs can digest carbs to a certain extent, but that still doesn’t put them at the same level as humans when it comes to carbs. Dogs still can’t digest carbs as quickly and easily as humans and that’s one reason why it’s absolutely not a good idea to feed garlic bread to your dog.

Besides carbs, dogs often also show struggles when it comes to digesting gluten. So much so, that eating gluten regularly could bring serious damage to your dog’s intestinal wall. So, that’s something to take into account, for sure.

Moreover, garlic bread is also rich in salt, sugars, and tons of oils. Therefore, it shouldn’t come as a surprise that those ingredients aren’t exactly healthy for your dog, to say the least. These ingredients could even facilitate obesity, so you really need to bear this in mind before you even think about feeding garlic bread to your dog. 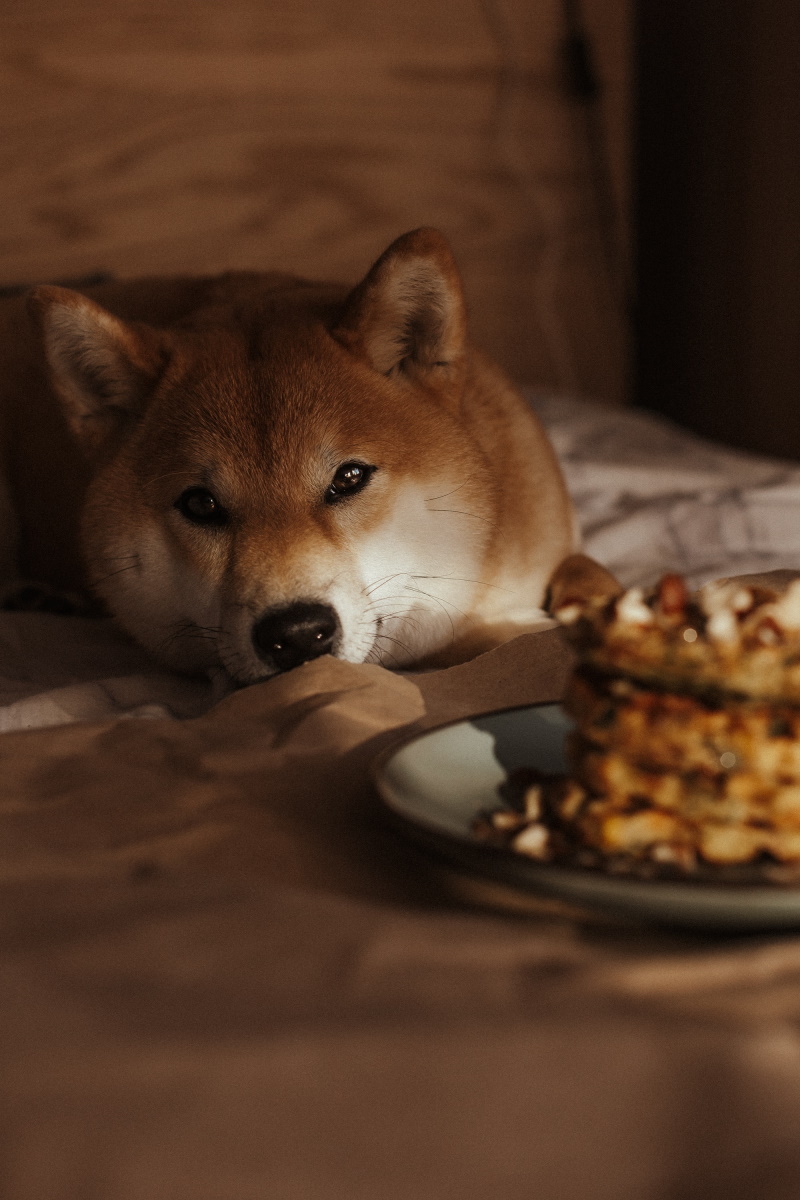 Even more so, if you were to feed your dog a lot of garlic bread, this could potentially give rise to many intestinal problems such as cramps, flatulence, and stool changes, to give just a few examples. Additionally, it’s even so that your dog could experience skin irritation and such as an unpleasant side-effect.

So, while it wouldn’t be an absolute drama if you were to feed your dog one slice of bread every now and then, feeding your dog garlic bread on a regular basis really is less than desirable. It doesn’t contain any useful nutrients for your dog and that’s also why it’s just better to avoid it altogether.

The Garlic Could Be Toxic

Furthermore, another important ingredient when it comes to garlic bread is garlic and this could be toxic for your dog’s health in some circumstances.

Of course, garlic definitely has proven advantages as well, both for humans and dogs, but that doesn’t mean that it’s all good. No, there’s research that suggests that garlic could have a detrimental effect on the red blood cells of your dog. So, this disadvantage really shouldn’t be underestimated.

Nowadays, experts have concluded that garlic isn’t toxic for your dog when consumed in small amounts, but that leaves garlic bread in a grey area, so to speak. Concretely, garlic bread doesn’t contain heaps of garlic, but it still isn’t negligible either. Now, it should be mentioned that garlic bread usually isn’t made with fresh, full cloves of garlic, so it probably doesn’t pose a very real threat to your dog’s health. However, it’s better to be safe than sorry and to avoid garlic bread as much as possible. Otherwise, you potentially risk your dog getting anemic in a worst-case scenario, which is something that you unmistakably do not want.

Another evident disadvantage associated with garlic bread is the excess of calories. Everyone knows that garlic bread is an extremely high-calorie food. If you also take the lack of nutrients into account, you can see why this is a rather unhealthy combination that’s not ideal when it comes to your dog’s health.

When you look at it this way, feeding garlic bread to your dog would mean stuffing it with an enormous amount of calories and fats that your dog simply doesn’t need in the slightest. So, that’s another reason to avoid garlic bread, for sure. It Can Be Upsetting To Your Dog’s Stomach

Finally, garlic bread also contains many other herbs, oils, and even cheese, besides bread and garlic. If you put all of these ingredients together, you end up with something that’s not only really unhealthy to feed to your dog, but that can also make your dog really sick.

Concretely, all these oils and herbs really have the ability to upset your dog’s stomach. So, even though your dog might really like the taste of garlic bread, it just isn’t worth it at all. Namely, a few seconds of pleasure really don’t add up to the hours of feeling sick that would inevitably follow.

All in all, can dogs eat garlic bread? you shouldn’t immediately start to panic if your dog has consumed a little bit of garlic bread by accident. However, you do need to keep in the back of your mind that it’s not recommended to feed your dog garlic bread, let alone regularly. That is, it’s extremely unhealthy and would just not do any good for your dog and its health, in general. So, please bear this in mind and don’t make a habit out of it, for your dog’s sake!